Lo! in the orient when the gracious light
Lifts up his burning head, each under eye
Doth homage to his new-appearing sight,
Serving with looks his sacred majesty;
And having climb’d the steep-up heavenly hill,
Resembling strong youth in his middle age,
yet mortal looks adore his beauty still,
Attending on his golden pilgrimage;
But when from highmost pitch, with weary car,
Like feeble age, he reeleth from the day,
The eyes, ‘fore duteous, now converted are
From his low tract and look another way.
So thou, thyself out-going in thy noon,
Unlook’d on diest, unless thou get a son.

The sonnet has a remarkably simple and straightforward composition, with its three quatrains describing three stages of the sun’s travel through a day. It’s made slightly more sophisticated by the “reversed” metaphor: the general context suggests that the sun’s journey is used as a metaphor of a man’s journey through life, yet within the narrower contexts of the quatrains, it’s rather man’s life that serves as a metaphor for the sun. Only in the couplet, the “correct” direction of the metaphor is reestablished and nailed, with an endearing naiveté, by the simple pun on “sun”/”son”.

This metaphoric structure, aided by mixed religious associations in the quatrains, creates a subtly subversive, nearly blasphemous, effect, putting the young addressee of the sonnet above all suns and gods in the overall hierarchy of universe: the god-like sun is like a man, and thou art like the sun.

It was clear to me from the beginning that my composition will have to rely on the overall curve of the sun’s golden pilgrimage to contrast the upward and downward movements, which would require fitting all three positions of the sun within the same picture plane. I also needed to try and “stop” the viewer’s eye from following the downward movement, in order to enact in the painting the basic conceit of the poem, the eyes converted and looking another way when the sun goes down (this conceit, by the way, while still sounding close to truth as far as human life is concerned, must be surprising to the modern reader/viewer accustomed to think of sunsets as something beautiful to behold, a sight to catch; commentaries on Shakespeare’s sonnets insist that this wasn’t the case in his time, when sunsets were strongly associated with death). 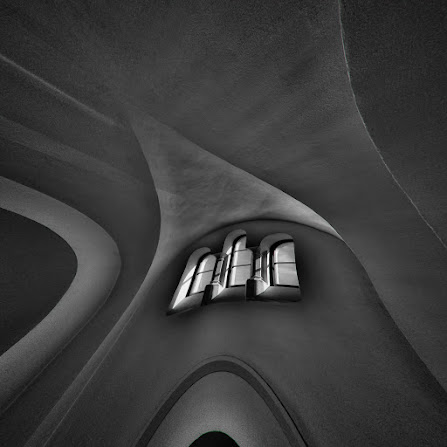 Joseph Siroker. "Dreaming in the city"

The composition I ended up with crystallized when I saw a photo by Joseph Siroker on Google+. Not only does it present the right balance and contrast of upward and downward movements, but it suggested a way to integrate religious references into my somewhat surreal landscape, so that the sky transforms into a church roof with an adequate degree of ambiguity. The edge of the imaginary roof also gave me a direct way to interrupt the eye movement between the highmost pitch and the sunset parts of the painting.