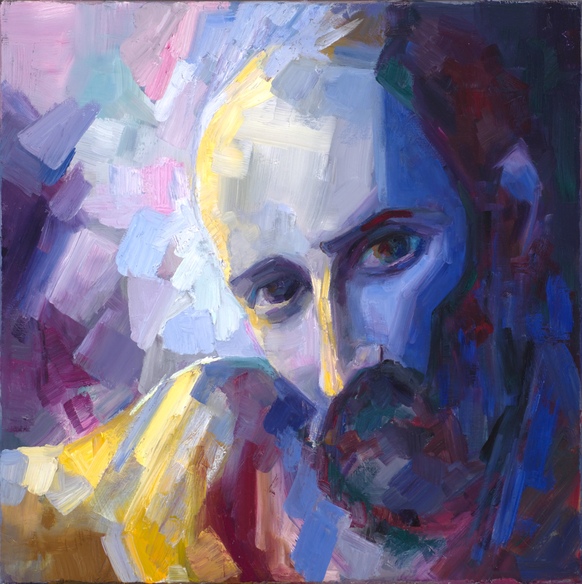 O, that you were yourself! but, love, you are
No longer yours than you yourself here live:
Against this coming end you should prepare,
And your sweet semblance to some other give.
So should that beauty which you hold in lease
Find no determination: then you were
Yourself again after yourself’s decease,
When your sweet issue your sweet form should bear.
Who lets so fair a house fall to decay,
Which husbandry in honour might uphold
Against the stormy gusts of winter’s day
And barren rage of death’s eternal cold?

O, none but unthrifts! Dear my love, you know
You had a father: let your son say so.

Stephen Greenblatt writes, in his book “Will in the World” (W. W. Norton & Compan, 2004), about sonnet writing as a “sophisticated game of courtiers” (p. 234), which became fashionable in the reign of Henry VIII and was perfected in the reign of Elizabeth.

“The challenge of the game,” he says, “was to sound as intimate, self-revealing and emotionally vulnerable as possible, without actually disclosing anything compromising to anyone outside the innermost circle.” (ibid.) The further a reader is removed from the writer and the addressee of a sonnet, the more vague and incomprehensible references to any specific characters or facts must be.

This is the tradition I claim for this painting, and so this story is very short. The sonnet, I feel, achieves one the first powerful emotional peaks in the sequence, especially in the lines which I chose as the title for the painting; and this painting draws on deeply personal references, which don’t really need to be revealed explicitly. They will be recognized by my “innermost circle”, but not beyond. 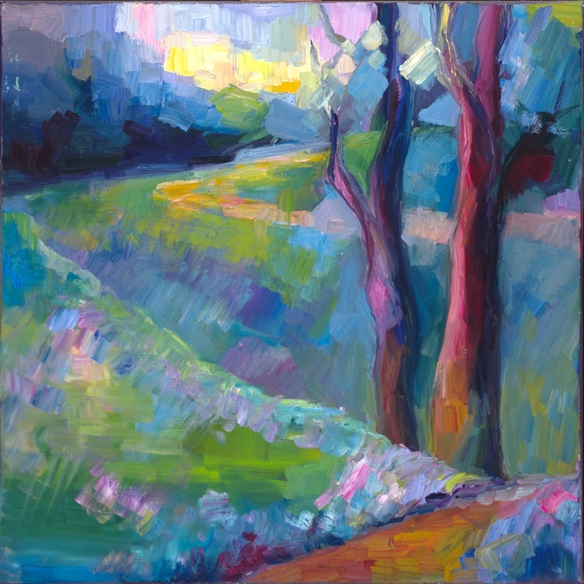 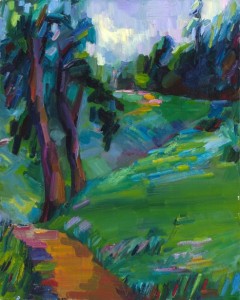 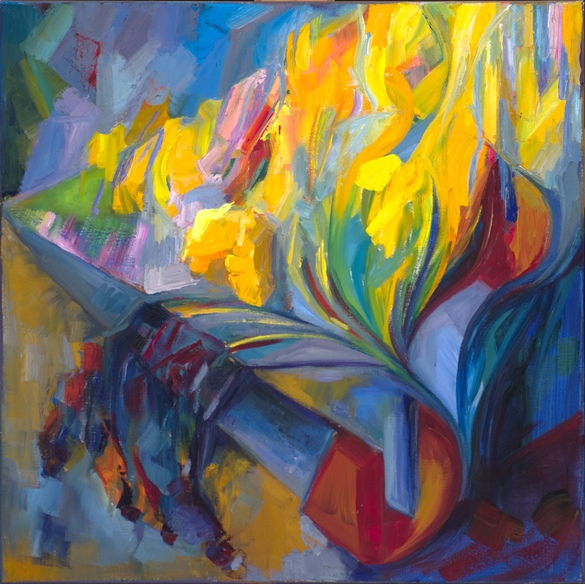 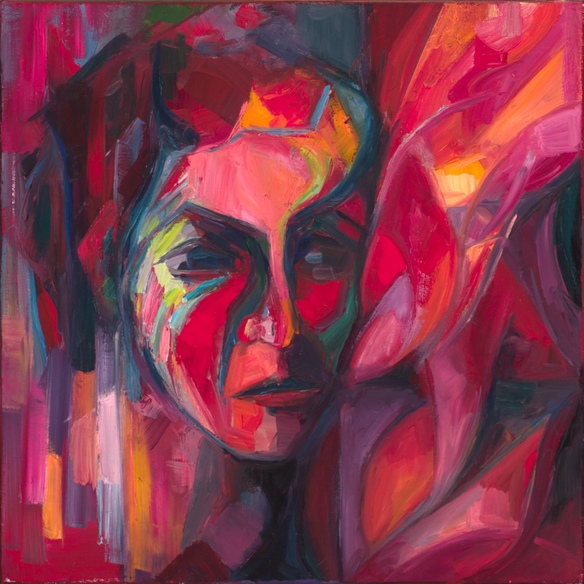 For shame deny that thou bear’st love to any,
Who for thyself art so unprovident.
Grant, if thou wilt, thou art beloved of many,
But that thou none lovest is most evident;
For thou art so possess’d with murderous hate
That ‘gainst thyself thou stick’st not to conspire.
Seeking that beauteous roof to ruinate
Which to repair should be thy chief desire.
O, change thy thought, that I may change my mind!
Shall hate be fairer lodged than gentle love?
Be, as thy presence is, gracious and kind,
Or to thyself at least kind-hearted prove:
Make thee another self, for love of me,
That beauty still may live in thine or thee.

The challenge of this sonnet lies in its focus the contrast between the visible and the real, the outside and the inside. It’s the first appearance of this motive, but it will reappear later on in the sequence, sometimes accompanied with stabs at the painters, who can only represent the visible, but not the real. Here, the gracious, love-inspiring appearance is opposed to the hate, even to oneself, that is lodged in it. 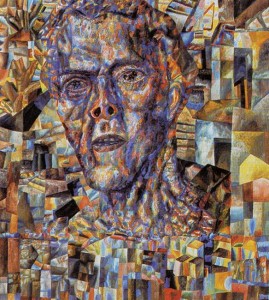 How can a painter, despite Shakespeare’s conviction of this being impossible, convey the real hidden behind the visible? In this translation, I am trying to apply the discoveries of Pavel Filonov’s “analytical realism”. This sonnet painting doesn’t refer to any specific work by Filonov, but is most straightforwardly related to his “Heads” series; I include one of his paintings from this series (“Head”. Oil on paper. 74 x 64 cm. c. 1935.) to illustrate his approach to dissecting and analyzing the visible. 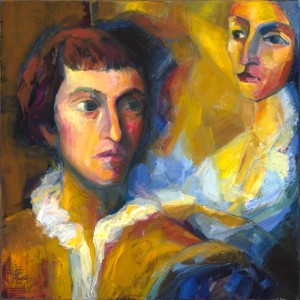 Within my own series, on the other hand, this painting picks up and continues the motive of young man’s face borrowed from Titian’s “Man with a glove”. In contrast to the the third sonnet painting, where this face first appears, now it is distorted and broken by self-destructive hate.

Colourwise, the original idea of this translation was to try and convey the contrast between hate and love, central to the sonnet, as a contrast between different reds: a gentle, warmer red of love vs. a blood-like, intense red of hate. The most essential insight along the road was that these reds, the counterparts of love and hate in my visual space, aren’t that different after all. What sets them apart is the colours they are immediately juxtaposed to: a gracious interplay of purples and warm yellow-oranges of the background vs. stark, dark, cold greens and blues within the outline of distorted face.