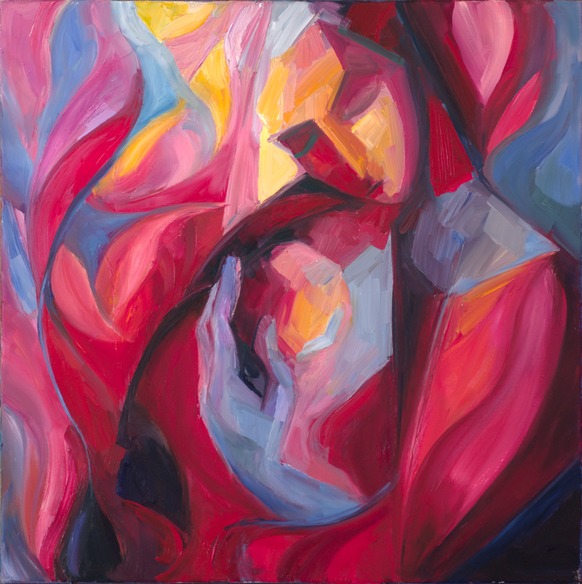 My glass shall not persuade me I am old,
So long as youth and thou are of one date;
But when in thee time’s furrows I behold,
Then look I death my days should expiate.

For all that beauty that doth cover thee
Is but the seemly raiment of my heart,
Which in thy breast doth live, as thine in me:
How can I then be elder than thou art?

O, therefore, love, be of thyself so wary
As I, not for myself, but for thee will;
Bearing thy heart, which I will keep so chary
As tender nurse her babe from faring ill.

Presume not on thy heart when mine is slain;
Thou gavest me thine not to give back again.

Semantically, this sonnet exploits one of Shakespeare’s core strategies: returning a common metaphor – so common as to be nearly devoid of its metaphoric power – to nearly absurdly “literal”, direct and straightforward level, so that the original meaning of the metaphor stands naked before the reader’s amazed sight, in all its primal power.

In this case, it is a romantic metaphor of “exchange of hearts” in love: the sonnet follows repercussions of such an exchange, just in case it really happened. The result may seem quite extraordinarily silly and superficial, at least for a modern reader, if not for painful tenderness filling the verse to the brim.

My painting exploits essentially the same strategy, but with the next-level metaphor:

Bearing thy heart, which I will keep so chary
As tender nurse her babe from faring ill

– the rhythms and and color areas of the picture plane create an emerging image of a tender nurse bearing in her arms – what? Her babe? Thy heart? My love?

For me, it was one of the instances when the very process of painting clears and opens up the power of the poem, stripping away all hurdles and obstacles piled up by devouring time. 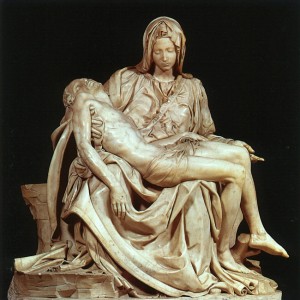 This post introduces a new category on this blog, “My Shakespeare”. I borrow this name from Marina Tsvetaeva’s essay, “My Pushkin”, which impressed me very powerfully as a girl (and Pushkin is, in a sense, the Russian counterpart to Shakespeare, albeit much closer to us in time). In this first post, I will try and begin to approach the core question – what is it all about?

Marina Tsvetaeva begins her story with a very early childhood, when she first met Pushkin, in the form of a monument, in the park where her nanny used to bring her, and her brother and sister,  for walks. She didn’t even know then that “Pushkin” and “monument” were two different words; as so often happens with small children, the words were glued together, unanalyzed, as a single concept. The monument was very, very large and very, very black; and as such, it was in a stark contrast with a small white doll she used to bring with her. She recalls comparing their contrasting sizes with her own self, and thinking that however many of such dolls one might put together, one on another, one wouldn’t get a Pushkin-monument. And even a hundred, or a million, such dolls together wouldn’t make one me, she thinks to herself; but – with a pride – maybe, just maybe, a hundred of me, put one on another, might just make one Pushkin-monument! The very concept of building such a tower out of one’s self must have made a powerful impression on me, because isn’t it what I am striving to do here, when all is said and done?

But what I really wanted to tell you about is a somewhat later memory, when she was about to see a sea for the first time in her life; she knew that her name, Marina, referred to sea, and she was in love with a poem, by Pushkin, about sea. The poem’s rhythms and words were so powerful, so magically enchanting, that she expected to be overwhelmed by her own, “real life” meeting with a sea – but the actual impression was nowhere even close to the image created by the poem in her mind. And so Pushkin’s sea, the one embodied and enacted in his poem, remained the real sea, even as she later learned to love “geographical”, real-life seas herself.

Why have I chosen Michelangelo’s Pieta as the image for this post? Because there is a distinct affinity, in my mind at least, between Tsvetaeva’s sea and Michelangelo’s grief of a mourning mother. At the time this sculpture was made he was in his early twenties – a boy, really; there was simply no way he could have known the feeling he so powerfully conveyed here from personal experience. And yet he had to know it – otherwise, this work would have been impossible. Where from? One theory argues that it was from “The Divine Comedy”, but whatever specific sources might have been, I have no doubts whatsoever that he got it from the ocean of Art, and made it his own – so much so that he could express it in this nearly unbearably real way, and thereby share it further. 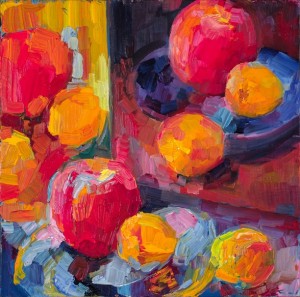 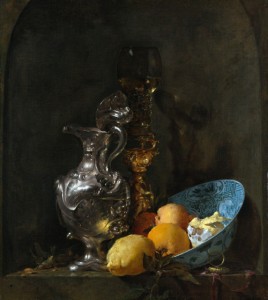 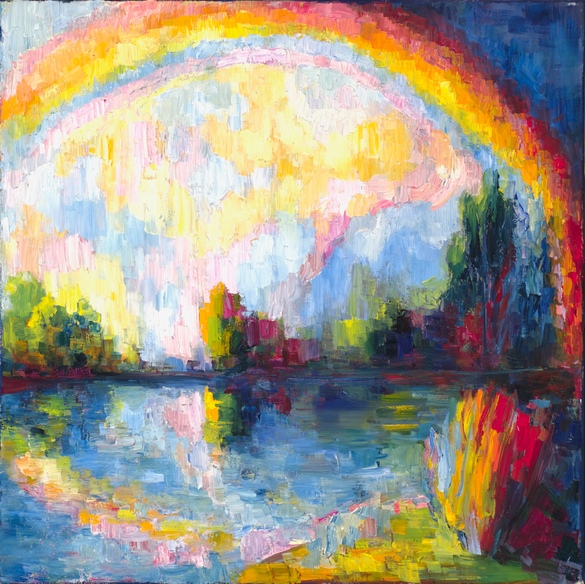 A woman’s face with Nature’s own hand painted,
Hast thou, the master-mistress of my passion;
A woman’s gentle heart, but not acquainted
With shifting change, as is false women’s fashion.
An eye more bright than theirs, less false in rolling,
Gilding the object whereupon it gazeth;
A man in hue, all hues in his controlling,
Which steals men’s eyes and women’s souls amazeth.
And for a woman wert thou first created;
Till Nature, as she wrought thee, fell a-doting,
And by addition me of thee defeated,
By adding one thing to my purpose nothing.
But since she prick’d thee out for women’s pleasure,
Mine be thy love and thy love’s use their treasure.

This sonnet is a remarkable combination of playfulness and despondency. On the one hand, it jokingly plays around the impossible conceit of Nature pricking out someone who was originally designed as a woman because she fell in love with the person and wanted them for her own pleasure. On the other, it talks of what is construed as an insurmountable barrier, an ever-present distance between the speaker of the sonnet and his beloved.

As a painter, my attention focused on the somewhat mysterious idea of all hues in his controlling, which suggested that the painting should play around “all hues”, that is, all colors of rainbow. This is really a case of strange serendipity, I thought, because this sonnet, for obvious reasons, is at the centre of debate on Shakespeare’s “real” sexual orientation; yet the association between the acceptance of all sexual orientations and the symbol of rainbow certainly belongs to our times, not to Shakespeare’s. And yet he does mention “all hues”, without any clear reason. Building the painting around a rainbow also conveys the feeling of insurmountable distance, impossibility of real closeness, accentuated by the water barrier between the viewer and the rainbow with all its hues.

Bringing together and controlling all hues with equal, or nearly equal, intensity is not an easy challenge for a painter. Here, I tried to carry this idea further than just a rainbow – splitting the colors into multiple hues in almost every single area of the canvas, pushing it to the same level of playful absurdity as the original conceit of the poem.