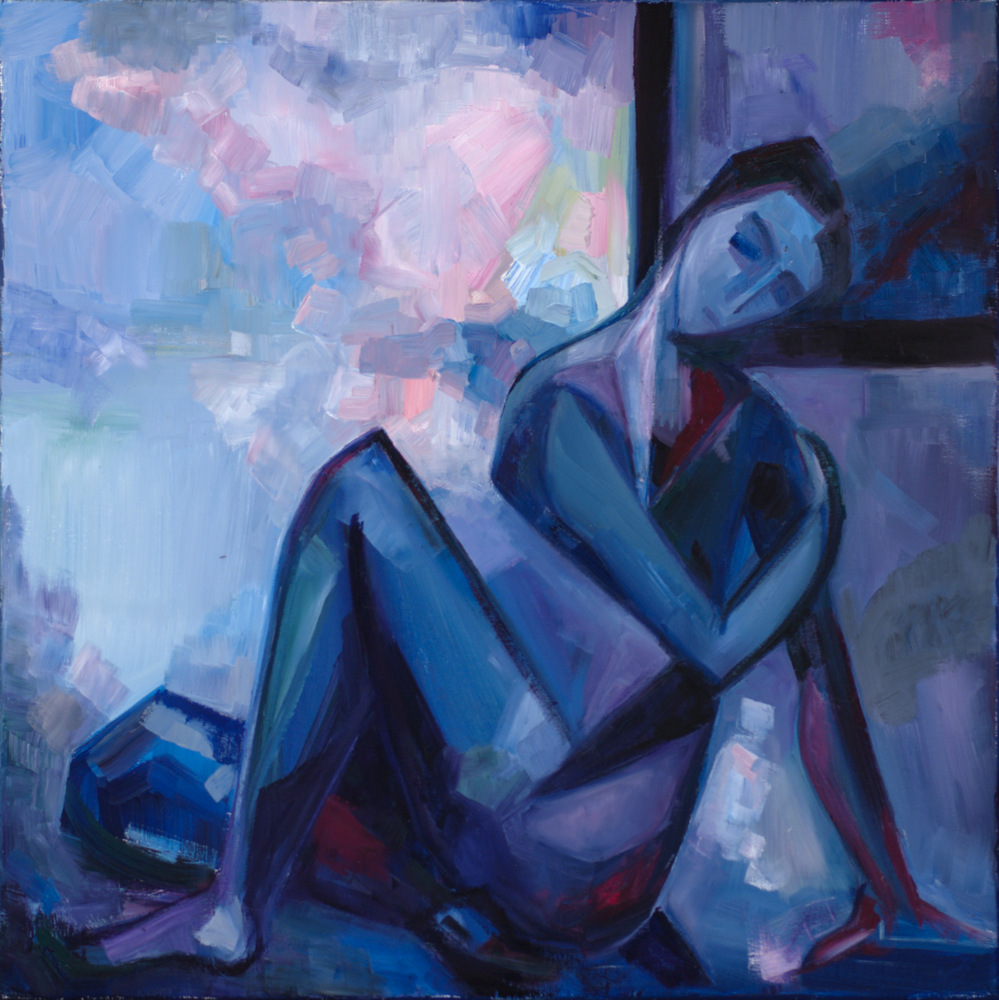 Why didst thou promise such a beauteous day,
And make me travel forth without my cloak,
To let base clouds o’ertake me in my way,
Hiding thy bravery in their rotten smoke?

‘Tis not enough that through the cloud thou break,
To dry the rain on my storm-beaten face,
For no man well of such a salve can speak,
That heals the wound, and cures not the disgrace:

Nor can thy shame give physic to my grief;
Though thou repent, yet I have still the loss:
The offender’s sorrow lends but weak relief
To him that bears the strong offense’s cross.

Ah! but those tears are pearl which thy love sheds,
And they are rich and ransom all ill deeds.

This sonnet continues the theme, and the metaphor, of the previous one, equating the beloved with the sun, and the betrayal, with “base clouds”. Yet the second quatrain begins an explicit transfer of metaphors to the domain of humanity, replacing the sun-covered-by-clouds metaphor with a string of “human” ones, with the betrayal of love compared, in quick and somewhat confusing (and confused) succession, with illness, wound, disgrace, shame, pain, criminal offense, and punishment. Nothing the beloved does can heal the pain of betrayal or compensate for the speaker’s loss – except for tears.

And so, the despair of the body of the sonnet is resolved by sadness in its couplet, its pearly tears.

My translation into painting acknowledges the gradual change of metaphors from cosmic to personal, from rain to tears, in its highly schematic human figure, turning away, dejected, from the sun breaking through the cloud. Yet the essence of this translation is in colour, in its interplay of cold greys, blues, and muted magentas – from stormy clouds to pearly tears – from despair to sadness. 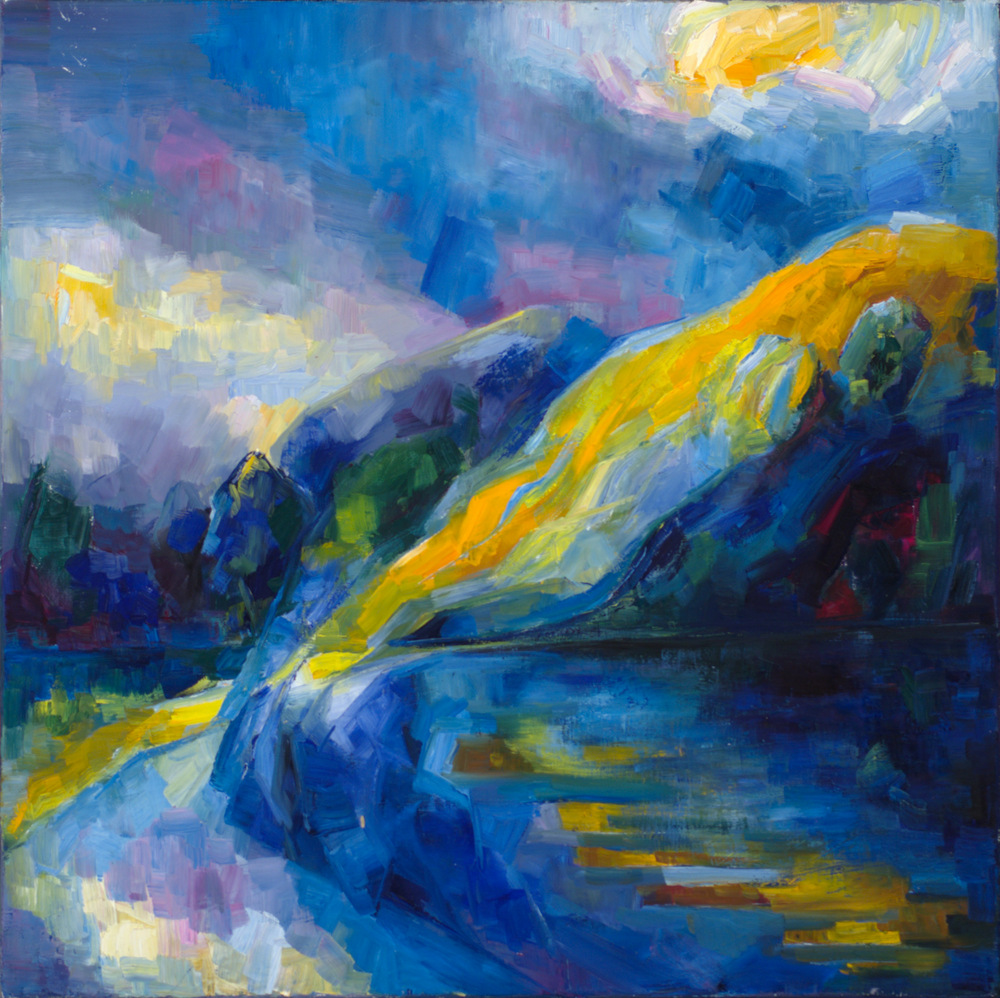 Full many a glorious morning have I seen
Flatter the mountain-tops with sovereign eye,
Kissing with golden face the meadows green,
Gilding pale streams with heavenly alchemy;

Anon permit the basest clouds to ride
With ugly rack on his celestial face,
And from the forlorn world his visage hide,
Stealing unseen to west with this disgrace:

Even so my sun one early morn did shine
With all triumphant splendor on my brow;
But out, alack! he was but one hour mine,
The region cloud hath masked him from me now.

Yet him for this my love no whit disdaineth;
Suns of the world may stain when heaven’s sun staineth.

This sonnet opens a very direct and straightforward way of translation into painting, because it “pretends” to be just a landscape over the first two quatrains. The landscape appears first not as a metaphor, but just as a landscape, albeit described in somewhat heavenly and anthropomorphic language; only in the third quatrain, the metaphor is reversed, so the landscape turns out to be a strategy of dealing with human emotions. 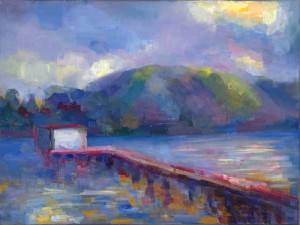 To be more precise, there are two landscapes here, or a single one under different lighting conditions. This ease in combining two or more temporal planes in a poem is often a challenge for a painting translation, but it was easier here: as a plein air painter working in Northern California, I am quite accustomed to painting changing lighting conditions within a single picture frame (and a single plein air session). I include here two paintings from such plein air sessions, which served as the most direct visual anchors for this sonnet painting.

But I knew, from the very beginning, that just a landscape with mixed lighting conditions wouldn’t be enough here. The painting would have to combine a representation of a morning, both sunny and cloudy at the same time, with a decidedly non-representational curvy movement of blues across the painting, a soul in pain of forlorn love.

Working on the landscape itself, I lost the blue curve for a while, and even decided, at one point, that it was a mistaken illusion of my preliminary vision. And yet I couldn’t complete the painting before the “abstract” movement of blues from the bottom of the picture plane towards the sky re-appeared.